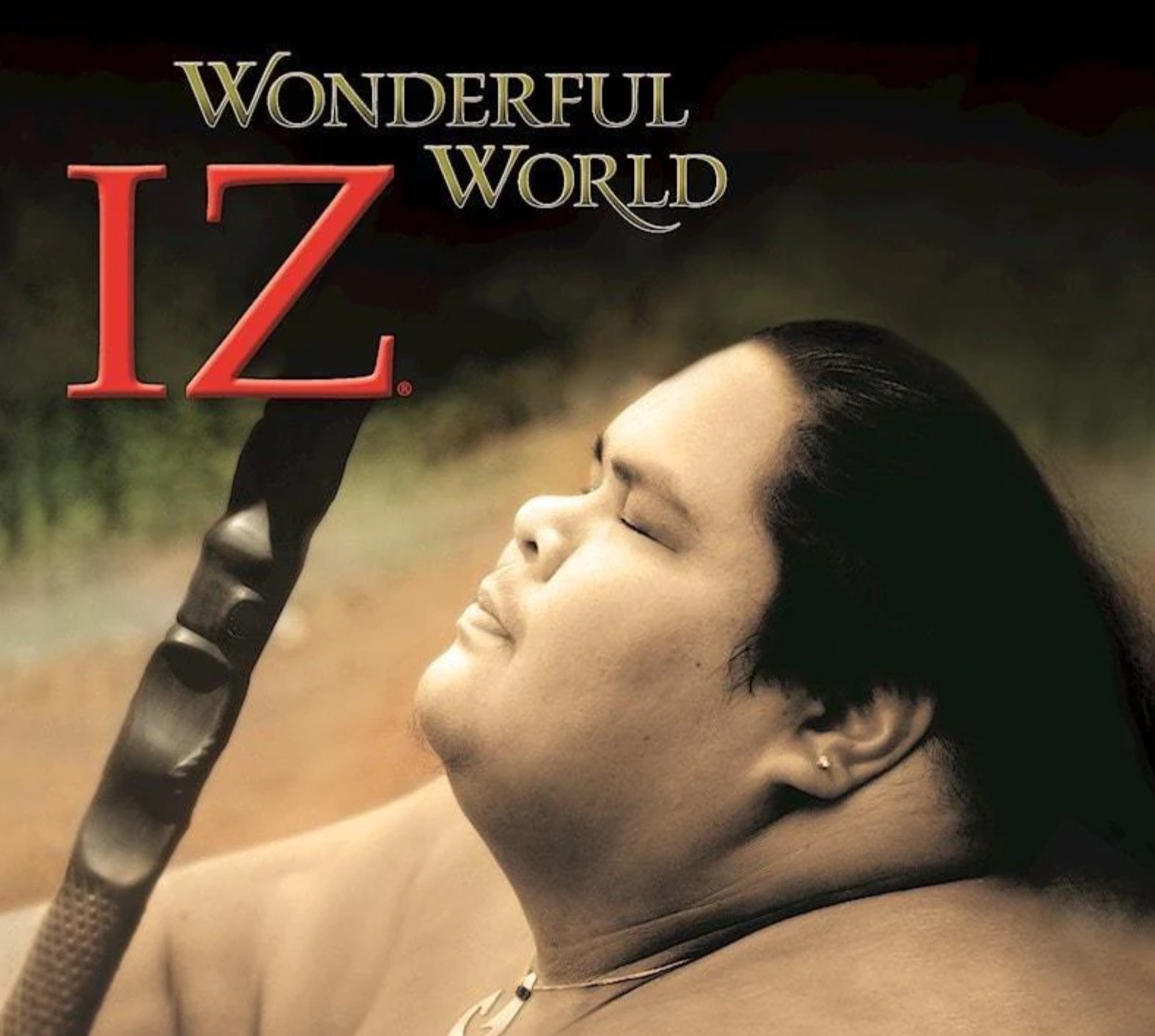 Many great songs have been written, or performed, by Hawaiian artists. At the same the natural beauty of Hawaii, together with the beautiful sunsets, rainbows and beaches and also inspired artists from the mainland to create beautiful songs about Hawaii. We list below our top music of Hawaii, Hawaiian songs and/or artists from Hawaii that have given us some very memorable tunes/songs.

Videos featured below of Artists, Songs and Music of Hawaii

This is probably the most recognizable Hawaiian song around the world. It’s been featured in tons of movies and TV shows and was recorded in just one take by legendary Hawaiian musician IZ. In 1993, IZ became a commercial success with the release of his first album, Facing Future, which included his hit “Somewhere Over the Rainbow/What a Wonderful World.” This has become the best-selling Hawaiian album of all time and the longest-leading number-one hit on any of the Billboard song charts, having spent 185 weeks on top of the World Digital Songs chart. It has amassed over one billion views on YouTube.

Somewhere over the Rainbow

Two other songs by IZ:

Hele On To Kauai

Wind Beneath My Wings

Other covers of Somewhere over the Rainbow done by artists:

By the Piano Guys with over 50 million views

This is probably Hawaiiʻs most widely known song of all time. It is a song of unity and Aloha ‘Aina and is about bringing people together. It was written by a missionary named Lorenzo Lyons and uses the melody of the hymn “I Left It All With Jesus.” One of the most popular versions of this song features dozens of Hawaii‘s top artists from many genres, and over one thousand youth from 10 Hawaiian charter schools recorded live across 27 locations.

Hawaii’s most renowned song was composed by Queen Lili’uokalani before she was deposed by missionary settlers. This song became popular while she was imprisoned in her home during the annexation of Hawaii. There are many covers of this popular song, each with its own spin on this classic.

The words were written by King David Kalakaua in 1874. Music was composed by Captain Henry Berger, a Royal Hawaiian Bandmaster. It served as the national anthem of the independent Hawaiian Kingdom during the late 19th century, and has continued to be Hawaii’s official anthem ever since annexation by the United States in 1898. It became the state anthem in 1967.

Keali‘i Reichel has been at the forefront of the revival and perpetuation of Hawaiian culture. He is a world class performer, best-selling recording artist, award-winning composer, scholar, and teacher. In 2011, he was inducted into the Hawaiian Music Hall of Fame for achievement in all facets of Hawaiian music, chant, and hula. He received Grammy nominations for his 2004 CD Keʻalaokamaile and his 2015 release Kawaiokalena, and 36 Nā Hōkū Hanohano awards over a musical career spanning 25 years.

Another cover version of this popular song:

The Brothers Cazimero was a Hawaiian musical duo made up of Robert Cazimero on bass and Roland Cazimero on twelve string guitar.  In 2006, they were inducted into the Hawaiian Music Hall of Fame. The Hawaii Tourism Authority produced this promotional video featuring the Brothers Cazimero’s classic “Home in the Islands”. Music of Hawaii at its best!

Written by Charles E. King in 1926. Charles wrote the music with Hawaiian lyrics and titled it “Ke Kali Nei Au,” which meant “Waiting Here For You.” But it was the king of Rock, Elvis Presley, who made it popular in his 1961 film Blue Hawaii.

The song was written by Leon Pober and performed by Don Ho, one of the most famous Hawaiian musicians from the 1960s.

Ka Uluwehi O Ke Kai
This is a traditional Hawaiian song that became popular after the group Hapa recorded it.  Here is their version.

If anyone knows how to create big hits, it’s Disney. They have featured Hawaii many times in their songs and in their most viewed videos of all time are songs about Hawaii, with over 2 billion views.

Lin-Manuel Miranda, Opetaia Foa’i (We Know The Way) from the movie Moana

How Far I’ll Go from the movie Moana

You’re Welcome from the movie Moana

Where You Are from the movie Moana

If you have any suggestions that we can add to the “Music of Hawaii” page please email us at [email protected]
If you are looking for reasons to visit Kauai, look no further.

Others explored the activities of the island